Battery-as-a-Service provides cost savings of 50% per stored kilowatthour (kWh) through the rental of modular Clean Energy Packs for mobile and stationary applications according to capacity need. The interconnection of Clean Energy Packs in the Clean Energy Net creates instant smart grids and battery clusters to share electricity and energy storage capacity in the most efficient way, providing additional revenues and cost savings. 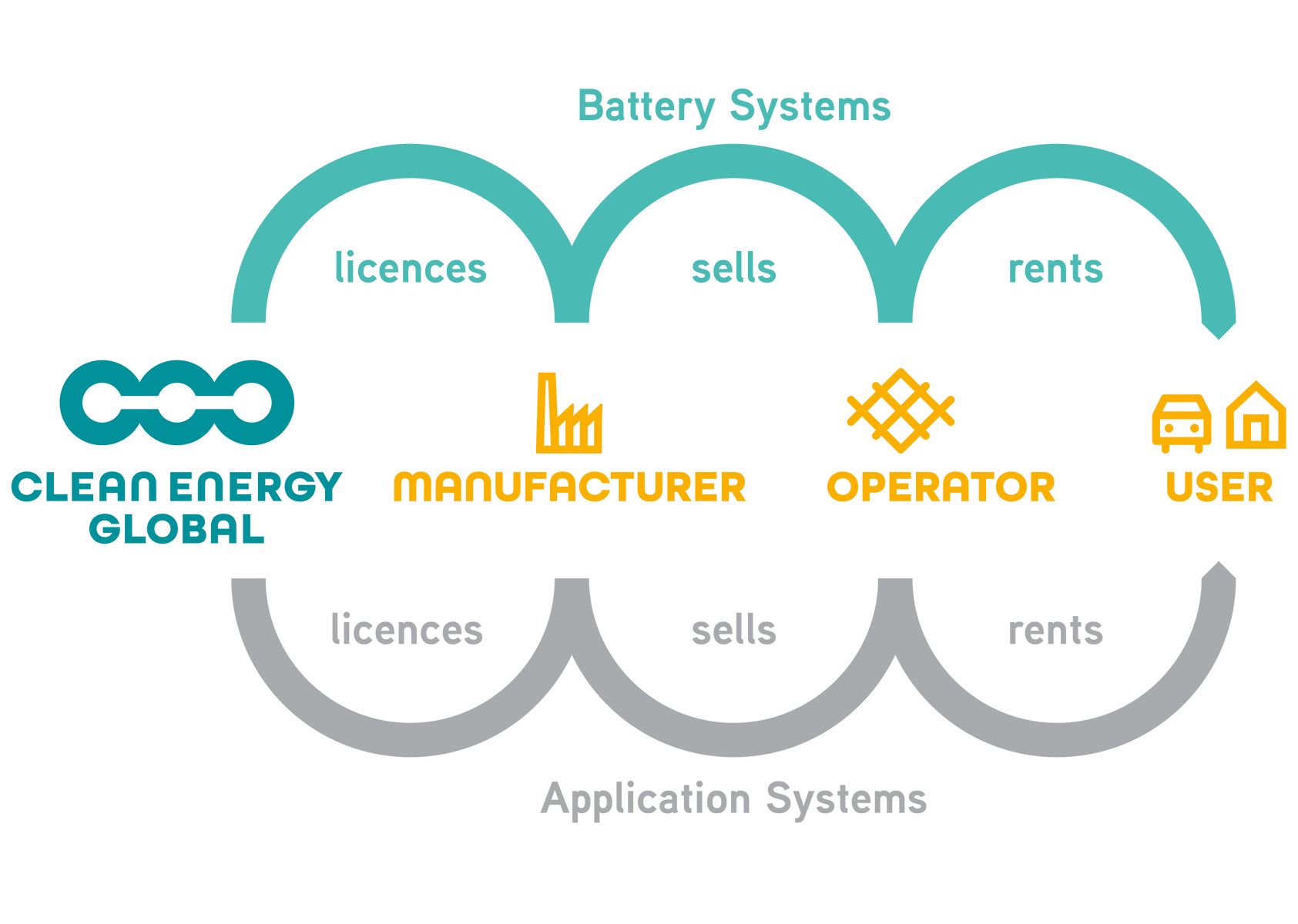 Battery-as-a-Service shares capacity accross several types of use, and requires only half as many batteries as each application with its own energy storage. This means 50% less investment and therefore half the cost.

The energy storage market will grow an estimated 66 times in the 30 years from 2020 on. This growth is your guarantee for success.

Once there, Jonas unloads the autonomous electric lawnmower and inserts two Clean Energy Packs. Another tap on the app activates the two packs and connects them to the lawn mower, which mows the grass between the massive pillars of the stacked-up solar panels over the day. The boss takes another Clean Energy Pack and attaches a small adapter with a 230 volt socket. Then the master connects the powerful, portable welding gear and gets to work fixing the substructure beams that were broken in the last thunderstorm. The saw for replacement beams is connected directly to the 3-phase power socket of the service wagon, the grinder for oxidised contacts is connected right next to it.

The holidays are just around the corner – the boss has already arranged to return the Clean Energy Packs to the local utility company for the time; a residual amount is agreed in the BaaS contract, which the utility company requires to balance the electricity grid. Jonas puts the Clean Energy Packs back into the charging cabinet, taps them with his mobile phone and starts their charging with clean, local energy.